on reducing, compensating and offsetting carbon

Over the years, Spadel has worked hard to reduce its environmental footprint.  And it’s thanks to the support of our stakeholders and the sage advice of strategic partners and outside organisations that we are close to becoming a carbon neutral enterprise.  High time to catch up with Antoine Geerinckx, Founder and CEO of CO2logic, for his thoughts on how Spadel is performing.

Antoine, thanks for taking the time to speak with us. Just briefly, who or what is CO2logic?

Just imagine living in a society where every organisation gives back in line with the cost of their climate impact. The entire climate issue would be solved. Today only a small minority of companies give back.  This is where we come in.  We help organisations in their transition towards a low carbon economy by helping them identify and reduce their local and global impact. We do this by rigorously combining CO2 accounting, CO2 reductions and CO2 offsetting.  Our “CO2-Neutral” label is based on the internationally recognised PAS2060 standard. As opposed to so-called greenwashing programmes, this label can only be achieved through serious climate efforts.

A lot of calculating, reducing and compensating goes into achieving carbon neutrality.  The CO2-Neutral label summarises all the technical aspects and guarantees credible climate action.  Very few companies can claim carbon neutrality. Either because they haven’t yet calculated the cost of their activities on our environment, they haven’t reduced their emissions, or they aren’t compensating for them.

It’s generally agreed that a carbon tax is the solution to tackling climate change, yet we’re nowhere near close to global implementation of it. To help put things into perspective, Stanford University calculated that the cost of carbon emissions for our planet is 220USD per tonne.  We should be creating models where every organisation takes responsibility for the climate cost of their activities instead of just passing it on to future generations.  If we all were to take responsibility – reducing our CO2 emissions and compensating those we can’t eliminate despite our best efforts – we could avoid so many of today’s issues. As a company, you can choose to ignore this fact, or take responsibility, like Spadel is.

How does Spadel reduce and compensate the cost of its activities?

From lightweighting bottles to relying on renewable energy, Spadel has worked hard to reduce its carbon footprint. And to compensate for the emissions that are not under their direct control, they are investing in projects such as Water for Climate Rwanda.  We helped them conduct a project feasibility study – calculating volumes, how much they could reduce, how much needs compensating for, what steps go into this, and so on – and it has truly become a partnership.

It’s essential that the projects supported really do make a difference and that the models created are sustainable in the long term.  NGO’s often finance good water projects, but without proper maintenance, education and recurring revenue, the situation quickly reverts back to problematic.  It’s why this is such a holistic approach: not only does the project deliver access to clean water, it creates job opportunities and income to sustain the projects.  Finally, not having to boil water over open fires has far-reaching health benefits too, as, after malaria, pneumonia is the second biggest killer in Africa.

Spadel is close to achieving scope 3 carbon neutrality, what exactly does this mean?

Scopes 1 and 2 cover emissions under Spadel’s control. This means their production sites, bottling plants, offices, fleet, travel and so on.  But scope 3 goes much, much further. It covers the entire product lifecycle: the production and transport of raw materials such as glass and plastic, the transport of products to supermarkets and other outlets by subcontractors, and so on. Reducing and compensating these emissions means working closely together and convincing these suppliers to invest as well. The fact that Spadel is willing to commit to this speaks volumes about their ambition to achieve zero net emissions by 2050.

With scope 3 on the horizon, what’s next?

Let’s be clear: achieving scope 3 carbon neutrality is a massive undertaking in itself. But we hope to see even greater reductions as time and technology progress.  Transport companies can’t just replace their entire fleet from one day to the next.  Major investments such as trucks need writing off before new investments can be made into trucks that run on, say, hydrogen.  Similarly, it will take time before we are part of a fully circular economy.  So even within scope 3 there are climate wins to be made.

By placing a cost on carbon, you can calculate how much an emission reduction will save you. Money that can be invested in supporting new technologies.  So carbon compensation projects make for a stimulating business case to do more on climate.

How realistic is zero net emissions by 2050?

It’s certainly possible to become a zero net emission operation. It means you’ve removed all fossil fuels from your entire value chain and rely solely on renewable and circular materials. At CO2logic we help organisations that want to set a course towards neutrality take responsibility now. Calculate the cost of their operations, help them reduce emissions and compensate for the ones they cannot avoid.  It just takes time, and money.  After all, you need to invest in technology for technology to progress.

With the Green Deal Investment Plan the EU has announced an ambitious reduction programme, what does this mean for companies?

The EU’s commitment to becoming the world’s first climate neutral bloc gives out a strong signal. The technology is there and money is being freed up.  Now governments need to look how they are going to invest these budgets.  Because €1trillion sounds like a lot, but how you spend it makes a big difference. Is it going to energy efficiency, renewable energy, or other projects that are perhaps less impactful?  The amount of money is less important than how it is invested. And it’s not just the EU either, the private sector will have to bear their share of the weight.  At CO2logic, we are looking forward to helping and seeing the transition take place, where governments and corporates work closely together to have the required impact. 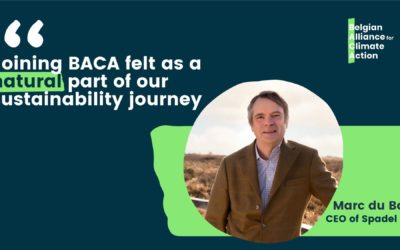 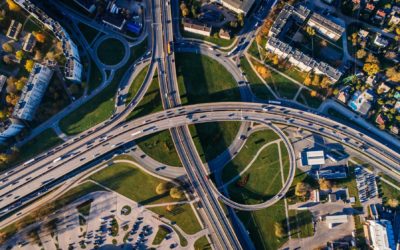 The Role of Transport in Spadel’s Carbon Strategy